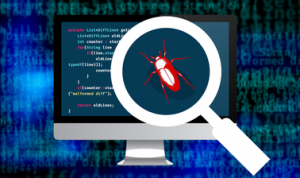 Software is developed by humans, whose propensity for making mistakes is undeniable. Catching those mistakes is paramount to delivering quality solutions to eager customers. Testing is the activity of squashing those bugs. It is an integral part of the software development life-cycle, without which users/customers would be our human Guinea pigs; customer’s trust and satisfaction would take a tumble, and projects would probably fail miserably.

The first part of this article will go over testing in general. I won’t go into too much detail, as this is not the goal of the article. Specifics of Dynamics CRM testing will be covered in later parts of the article.

Is it worth it?

We tend to build in pieces. Imagine building a car, creating the body, wheels, engine, brakes … etc. Only to discover, after going to production, that customers are complaining about measly acceleration. At that stage, you have to recall, make adjustments, and deploy again — a huge waste of time and money. Only to fail again due to another unforeseen issue. Testing every aspect of the product before even building a single car could have avoided such a massive hit; test the engine alone under the expected load.

One National Institute of Standard Technology study found that without testing, a 5 hour-fix of a defect in development can take up to 3 times as much if discovered in production.

Some might get away with ship-stopper issues on their blog pages, informational web sites, or even open source small non-financial projects. The most damage incurred would be a loss of a few readers, visitors, or users. Enterprise applications, however,  don’t have it so easy. For example, some of Amazon’s third party retailers saw their product price reduced to 1p due to a software glitch, back in 2014 (link). They were left with heavy losses, and some businesses suffered up to a 100,000-Pound loss.

Real-time applications’ testing criticality could mean the difference between life and death, in some cases. For example, in the 80s, a radiation therapy machine delivered a lethal dose to six patients, causing the death of 4. Investigators discovered that a software bug was the the main cause of the incident.

Going a step further to take advantage of testing in preventing bugs from ever entering code in the first place, might allow for software maintenance in half the time at half the cost, as one U.S. Department of Defense study found. We will cover this later in the article.

… there is a catch to proper and effective testing:

Testers could go over every piece of the software by hand, running every scenario, on every device, and in every context manually, or they could write automated test cases. In either case, it often consumes too much time that it could create a bottleneck for the entire pipeline.

Testing benefits are not always clear at first glance, and some stakeholders might feel that it’s a drag, as it takes a long-term vision to justify the cost. In addition, most developers find testing mundane, and customers might not appreciate it, considering they don’t see the value outright. It takes discipline to stick to a proper tester’s mindset.

Humans are prone to mistakes, lapses, or slipping on repetitive tasks, which leads to overlooking issues and re-introduced bugs when retesting. This could mostly be solved by writing automated testing, but team communication is paramount to maintaining a robust test suite.

Now that we have established the importance and annoyances of testing, any professional tester, and even developers, must know the following fundamental testing principles: